As a poker professional, optimizing your nutrient intake is essential for peak performance at the tables. Like my high school wrestling coaches always told me growing up, food is fuel. It’s so important to eat for how you want to perform. If you put low quality products into your body, you’re going to perform worse than if you fuel yourself with healthy nutrient right foods. It’s not rocket science, crap in crap out.

The problem most poker players face with this is that they feel like they don’t have the time to eat healthy. While hiring a chef to prepare you varied meal plans in accordance with your own micro and macro nutrient guidelines is probably the most ideal solution, for the poker player who wants to make a massive impact very quickly, I’ve included my GTO smoothies recipe below.

The premise is very simple:

Josh wakes up at 10am. Last night he finished his dinner at 10pm and has not eaten since. Josh is using a 2pm-10pm daily eating window every day except Saturday. On Saturday, Josh does whatever Josh likes 🙂

Josh starts his day with 20 minutes of yoga to wake up his body and mind, followed my 10 minutes of meditation. After this 30 minute warm up, he puts on a pot of coffee and hops in the shower. At the end of Josh’s shower, he turns the water to cold and stands in it for 1 minute. Josh is wide awake.

Josh grabs his coffee and sits down to study. Black coffee has ~2 calories so we’ll say he’s still fasted. From 11am until 2pm, Josh puts in a serious Pio Solver study session. His focus is laser sharp. When 2pm rolls around, he’s not even that hungry, but he knows it’s time to start fueling himself before he feels hungry, because it’s easier to make healthier choices when you’re not starving.

Josh makes a GTO smoothie following the recipe below and drinks it. It’s 2:10. Josh rinses the blender and fills it again with all the ingredients for smoothie #2, places it in the fridge and goes back to his day. He goes for a 20 minute walk outside, comes back, and goes through his warm up routine. He starts his session at 3pm.

At 4:55pm, Josh goes back to the kitchen on 5-min break and takes his blender out of the fridge, throws in the ice, blends and drinks smoothie #2. Josh is now over half way through his day and has so far not yet been hungry, and has fueled himself with healthy food high in greens and low in sugar.

At 9pm, Josh returns to the kichen to eat a chicken salad he got from the coffee shop while out for his walk for the day. There’s some boiled egg and cheese, and the dressing might not be all natural, but it tastes good and it feels a lot healthier than ordering a burger off Uber eats. He also got himself a small brownie, Josh loves dessert. Josh finishes his brownie before 10pm and resolves not to eat again until 2pm the following day.

On this day, Josh fueled himself 3 times, twice he was really healthy, and once he was mostly healthy. He never felt hungry and he didn’t feel deprived. Josh feels pretty happy eating this way during the week, and looks forward to Saturdays when he eats out with his girlfriend.

This is just an example, you don’t have to do IF (Intermittent Fasting) but simply having meals solved in a way that takes very little time and is a net positive to your life (+1 in the healthy column) will make it much easier to be productive and to manage playing poker, studying poker, feeling healthy, working on yourself, and enjoying your life during this process.

Recipe examples I use with my clients are as follows:

Containing a small amount of caffeine, this one is ideal as a pre-workout or before having sex. The combination of Maca root and beetroot naturally opens up your blood vessels and improves your.. ahem, performance 🙂

This is ideal for as a default since you probably don’t eat enough vegetables. It’s the best tasting greens powder I’ve tasted.

This one is ideal at night time, since it contains reshi mushrooms which are anti-anxiety and can help you relax and unwind. It’s also great if you’ve been eating junk or drinking alcohol recently, as activated charcoal can help clear out your system.

To turn any of these into a post workout shake, simply up the protein by adding some Collagen Protein (not vegan.) For Vegan perhaps just add almond butter or use a vegan muscle builder protein.

You can skip the Bananas, and fruits if you’re doing low carb, but they do make things taste better. That said, all these powders taste well on their own, and they are the best brand available in the EU to my knowledge. For USA there are tons of options, Athletic Greens widely considered the best.

I recommend getting a half decent blender. I have a Blendtec I brought from USA, I had a cheap one before and it didn’t do a very good job.

There you have it. This is how I eat healthy 70% of the time without having to try, plan, cook or shop. Order the powder off amazon and get your grocery deliver to bring you some bananas. Easy game.

Want more tips on how to life your best life as a poker player?

Check out 30 Tips Every Poker Player Needs to Hear, written by Zoltan over @ThePokerMinset.

Seriously fantastic article, I wish someone spelled it out for me this easily when I was first starting out. 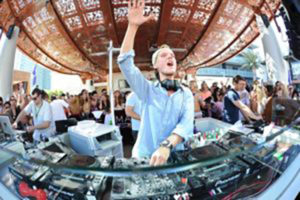 Avicii, Bromance, and the Love you Seek